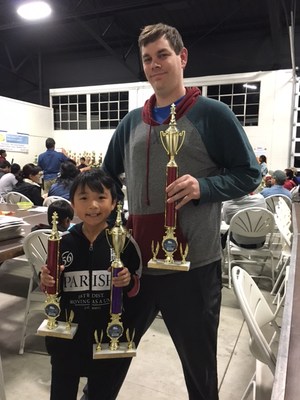 Fourth Grade Student, Jace,  participated in the CalChess Grade Level State Championship this month.  This is the state-level chess competition in which the best scholastic chess players in Northern California compete.  Jace won the 3rd place trophy in a Grade 4-6 Blitz  tournament (which is a fast time control with 5 minutes per side), and the 9th place trophy in the Grade 4 championship    tournament (which is a slow time control with 60 minutes per side).  He is also the highest scorer on the Berkeley Chess School team and helped his club win the 3rd place trophy in the club            competition.  On December 14th, Jace will fly to Nashville,         Tennessee to participate in the National Grade Level Championship.